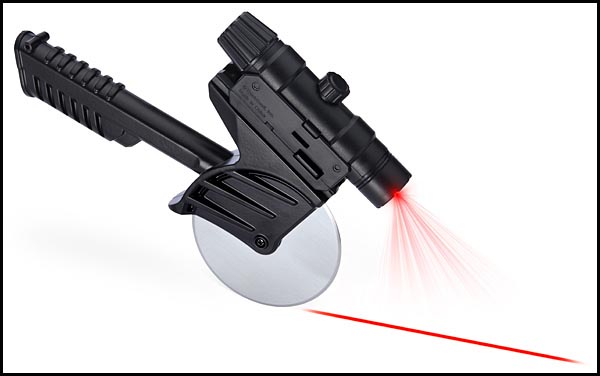 I’m picky about pizza. I’ve lived nearly all my life in New York City — home to pizza meccas John’s, 109 year old Lombardi’s, and block long lines in Brooklyn for newcomer di Fara’s – along with hours logged in New Haven, another pizza culinary center. Back here in NY, we not only have a favorite local pizza joint mere blocks away, but know and love Sal, the incredibly colorful only-in-NYC character who owns it.

It was at his place, where the tables are no-nonsense Formica but the eggplant on his slices escapes deep frying, that we taught one of our nieces the right way to eat a slice. I’m waiting for her pizza-off with Donald Trump on The Daily Show. 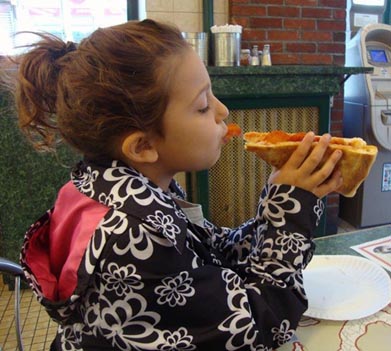 Folded and forkless (and laserless).

I try not to get too tied up in traditionalism with my food. I’ve openly accepted the outlier cinnamon raisin bagel as legit. (Hey, even Russ and Daughters sells them.) Blueberry, though, is another story. Similarly, I don’t turn in elitist disgust from most pizza toppings — so long as “most” doesn’t include pineapple.

Nor do I knee-jerk reject modern improvements. I make my knee wait a bit past the initial reflex until my head can tell it what it really should do. (I’m getting to the point. Promise.)

Add to this acceptance and open-mindedness to technology that lasers, are really, really cool. I get off on using my laser “tape” measure, especially as it’s an extremely handy tool when you happen to be an architect. But here’s where things cross the (uncut) line: a Tactical Laser-Guided Pizza Cutter.

Now a tactic is, more or less, a means to achieve something. Since the laser doesn’t actually divide the pizza into equal size pieces, which I could see as a valuable goal in some competitive or jealous families, I’m not sure this device is actually tactical at all. Unless the goal is simply some sort of nerdy coolness.

Alongside this object’s nomination as Wrongest Product nominee, I wonder if a better version might be a Strategic Laser Pizza Cutter. Its mission: to disintegrate by laser any wayward pineapple bits. That I could get behind – although, really, a fork would still do. 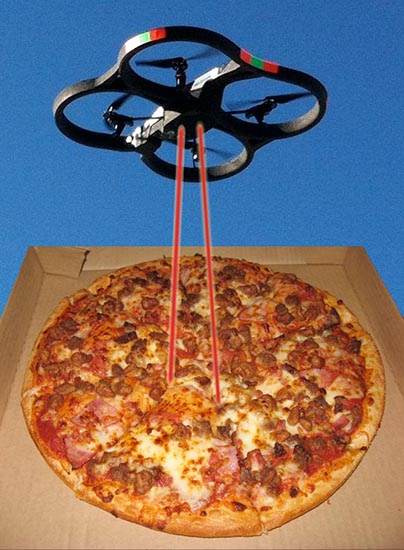 The next step?
Illustration by Lori Greenberg/Bergworks 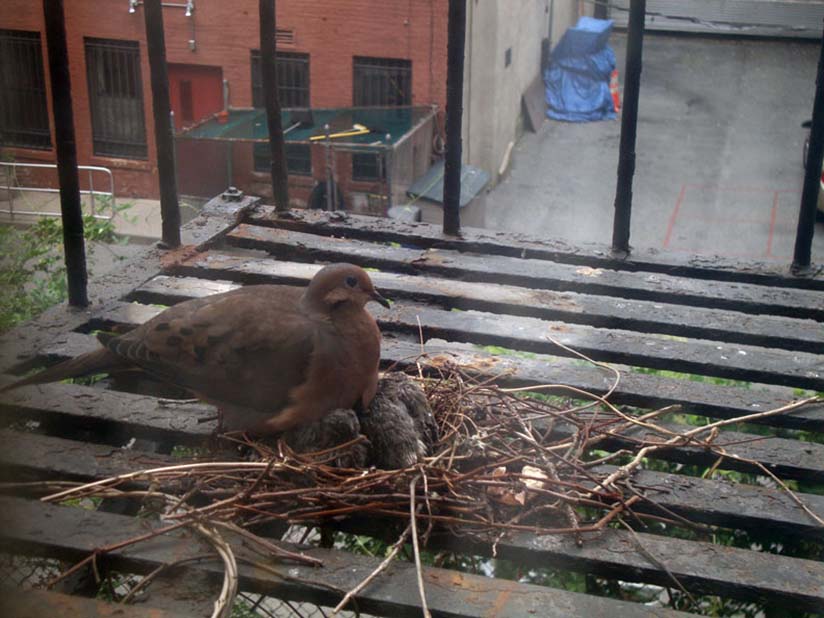