Who you calling an optimist?
I don’t want to go all Jimmy Carter on you, but we appear to face a malaise. And not only because I have a thing about cardigan sweaters. We seem, it’s tempting to say, to have fallen into a rut from which we can neither push nor pull ourselves forward, nor can we escape the muddy side walls by reversing out. We have a twin breakdown. Both our economic engine and our ecological source of sustenance have encountered roadblocks. And the problem, according to some, is that the detour signs point in opposite directions.

And just how are we going to go about this save-the-world blog? (Yeah, yet another blog…)
The first answer is a hedge: I’m not totally sure yet. But I’m not supposed to say that.

A more useful answer is that I foresee this endeavor having two parts. One will be a vehicle (I just can’t get away from car-related terminology) to point out what others are doing and saying, along with a bit of soapbox-mounting. Not rabble-rousing so much as encouraging. (I guess I can’t really call it cheerleading since I accused Bernanke of doing just that.)

The other will be a conversation. We’re looking at questioning some of our fundamental assumptions (like ‘growth is good’) and, in some cases, creating new visions of our lives. No one person could have the breadth of knowledge to figure out the interwoven paths to and the implications for re-imagining the ways we work, live, eat, consume, travel and recreate. There are both too many subject areas involved and too many variations on the theme homo sapiens. (There are no one-size-fits-all solutions.) For that reason, EcoOptimism is looking to crowd-source our future(s). The optimist-in-chief (that’s me) will occasionally launch topics and then look to YOU for responses. We’re looking for input that is open-minded and constructive, future-oriented yet enticing in the present. 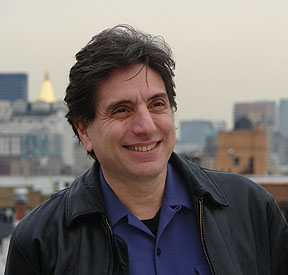 David Bergman runs an architectural practice that emphasizes the transparent inclusion of sustainable/eco design principles. David is also the founder of Fire & Water, a designer/manufacturer of eco lighting. He is a LEED Accredited Professional and an adjunct assistant professor at Parsons the New School for Design. He is a frequent contributor to GreenHomeGuide.com. His book, Sustainable Design: A Critical Guide, was published in 2012 by Princeton Architectural Press.

5 thoughts on “What is EcoOptimism?”