In the 1960s, the comedy show Laugh-In had a recurring bit in which they presented an award to people responsible for dubious achievements. While we can’t hope to match the notoriety (or the alliteration) of their Flying Fickle Finger of Fate, with this post we’re starting nominations for the Wrongest Product. Simply put, the Wrongest Product Awards will go to those products (and their designers) that embody the least amount of redeeming value while incurring the use of unnecessary, often gratuitous, materials or energy. 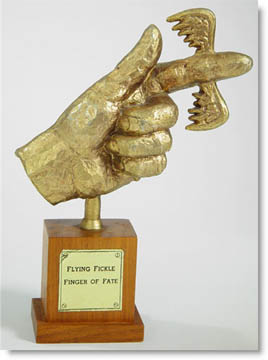 I’ll start the process with some suggestions of my own, but nominations will be open to all. Send them to ImNotBuyinIt (at) EcoOptimism.com.

For our inaugural nomination, I submit the usually hidden but pervasive plug-in air freshener: a devourer of fossil fuels in two directions (it’s made of petroleum-based plastic and then requires electricity) as well as an emitter of synthetic “fragrance.” No modern home is complete without one. Or six. 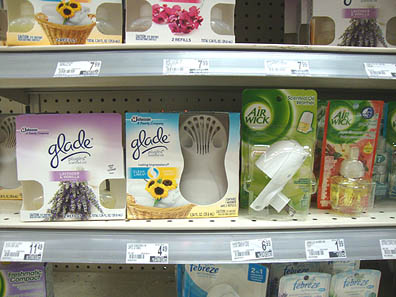