Were it not for the fact that the original product involved here is totally unnecessary in the first place, this Worst Product Award nomination might have gotten a split decision from the “judges,” i.e. me. 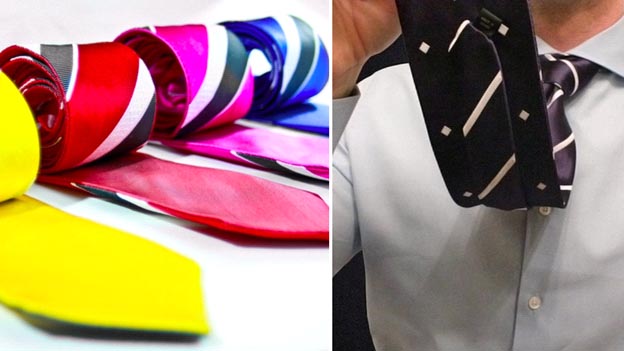 On the one hand, the Magnetie could be seen as a form of dematerialization because it means the wearer no longer needs a tie clasp. If you’re a tie wearer though, you may respond that you never use a clasp anyway, what with those little fabric loop thingies on the back of the tie serving almost the same function. I think the last time I saw one was on Mad Men. 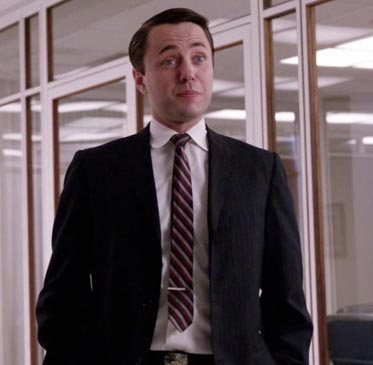 On the other hand, the tie now gets to do double duty because it’s reversible and can even have a different pattern on each side. So you could rationalize that it takes the place of two ties.

But then there’s the recycling issue. The tie is no longer made of a single material and now requires pieces to be separated later in life. (Does it get recycled with metals?)

I say let’s dematerialize the whole darn thing. I’ll admit a bias here. I’ve been fortunate to have not worked in situations where ties were de rigueur. And my “go to” tie for those times when I do need one is made from a recycled seat belt, so I guess it serves as a statement and not just an ornament.

Ties must have had a purpose at some point in time, but no longer, at least as far as I can tell. They’re no more than an affectation, used to display self-importance, if not of the wearer then of the business or profession that often requires ties. (OK, that’s a bit heavy-handed, but really: what ARE they for?)

Given my recent rant about holiday gifts, it’s unlikely there will be any ties, magnetic or otherwise, under my tree. And that’s just fine.

1 thought on “Fit to be Untied”