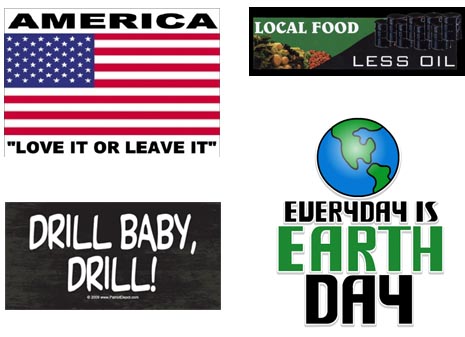 3 thoughts on “If the medium is the message, is the bumper sticker the medium?”