Was there a time when plastics were not made from petroleum? You wouldn’t know it from the plastics we’ve used – and unsuccessfully discarded in mass quantities – since the 1950s. But the origins of plastics were from plants. Indeed, one of the first plastics, cellophane, invented in 1900 (or 1908), was named for the plant fibers, cellulose, that it was made from. Henry Ford famously wanted to make a bioplastic car (made from hemp or soybeans, depending on who you ask) and even prototyped one. It would have been lighter and, he said, safer than metal cars and would have addressed a metal shortage during World War II. 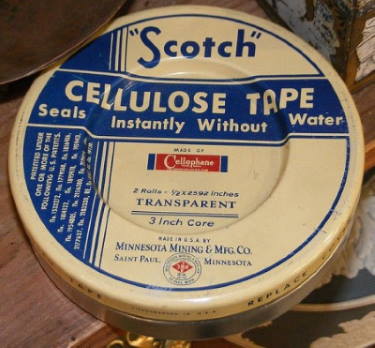 Scotch tape was – and is – made from cellulose fibers. “Made of Cellophane” image: Wikipedia CC BY-SA 3.0

This month is Plastic Free July. There are many posts out there about what you can do. Just a few: Greenpeace, EcoWatch, MSN, Treehugger,

But then the success of petroleum-based or synthetic plastics pushed bioplastics aside. Synthetic plastics became ubiquitous due to their affordability and unique properties. One of those properties is its durability, and the durability is both a positive and negative characteristic. The problem lies in its contemporary, perverse use for things that we’d rather not be durable. Most specifically, for single-use plastics: take-out containers, plastic bags, bottled water, six-pack rings. You get the idea. Why use a material that lasts for hundreds of years for something that is used for five minutes?

EcoOptimism has discussed the issue of single-use plastics for a while (here, here, and here) and, in fact, maintains a list of all the bans and fees on them in a database.

Which brings us to the return of bioplastics because, in addition to being made from renewable resources, many of them can decompose quickly. The issue – and the reason for the success of synthetic plastics – is that they are relatively expensive.

Bioplastics, we have to note, are not without controversy and some may not be the savior they are thought to be (and also here). Their claims about biodegradability may be suspect, and they don’t play nicely with other plastics if they get into the recycling stream.

That problem, along with the problem of cost, though, may be on the way out because newer ways to make it, going beyond the corn and potato starch methods, are being rapidly developed. Soooo… here is an accumulated synopsis of the most recent efforts. The fact that it’s so lengthy is testament to the vast potential.

It should be noted that in this era of shrinking demand for petroleum-based fuels, due to diminished travel in the pandemic among other factors, fossil fuel companies are gearing up to expand their production of plastics. The need for inexpensive plant-based plastic is more crucial than ever.

The COVID-19 pandemic has, as I’ve written about,  exacerbated the single-use plastic problem. Latex gloves, for example, can be found trashed everywhere. And just as plastic bags were being banned in many places, they’ve come back because they are perceived as more hygienic. But a recent statement signed by 125 health experts in 18 countries says that reusable bags are safe. No surprise that the Plastics Industry Association says single-use plastics are the only way to go.

From The Guardian:
May 16, 2020
“The end of plastic? New plant-based bottles will degrade in a year Alternatives to Plastics”

EcoOptimism’s take: I’m starting off with this one because, first, it addresses one of the biggest sources of plastics pollution: soda bottles. Second, the materials they are sourcing from are the “usual suspects”: wheat and corn and some other foods such as beets.  The problem, as I note several times below, is that in many cases, these are food, so using them to make bioplastics can impact food supplies.

From EcoWatch:
May 6, 2020
“5 Sustainable Alternatives to Plastics”

EcoOptimism’s take: A Sydney high school student invented this a science project after deciding to not use cornstarch because it would take away from food. “I was at the fish and chip shop getting prawns for dinner and noticed that the prawn shells looked like plastic. I went back to the lab and thought about what exactly made them look like that.”
Note: the original post that I saw this in, with the catchier headline above, seems to have disappeared, but this is the source. 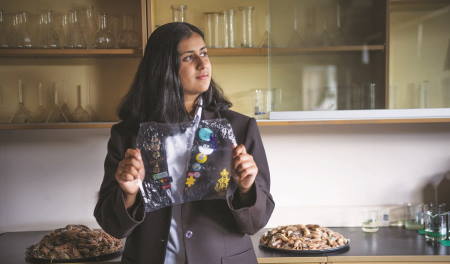 From Smithsonian Magazine:
Nov 14, 2019
“This Bioplastic Made From Fish Scales Just Won the James Dyson Award”

EcoOptimism’s take: More fish. Organic fish waste, to be exact. The inventor was, at the time, a 24-year old graduate student in England and won the prestigious James Dyson Award.

EcoOptimism’s take: “The resulting “100% bio-based” material was biodegradable and compostable, breaking down over a period of months on land or at sea, or instantly in hot water. “I wanted to show this bioplastic would be so harmless to sea animals that a human could drink it,” he says. “I wasn’t nervous because it passed an oral toxicity test.”

“The entrepreneur launched a company in 2014 selling cassava-plastic ponchos. Today, Avani Eco produces four tons of material a day [with a capacity five times that] that is used for products including plastic bags, food packaging, and covers for hospital beds.”

EcoOptimism’s take: The cool part is that it’s “produced from industry by-products: cheese whey and micro-cellulose from almond shells,” and supposedly fully degrades within 90 days.

EcoOptimism’s take: The important thing here is that it’s made from residue not the consumable food part of the plants, unlike this bioplastic made from rice.

EcoOptimism’s take: These Tetra Pak containers are made from 23% plastic, so on the one hand, converting that to a biopolymer made from sugar cane (which presumably is the edible part) makes sense. But on the other hand, they are still a multilayer composite that can’t be readily recycled – what McDonough and Braungart call a monstrous hybrid. 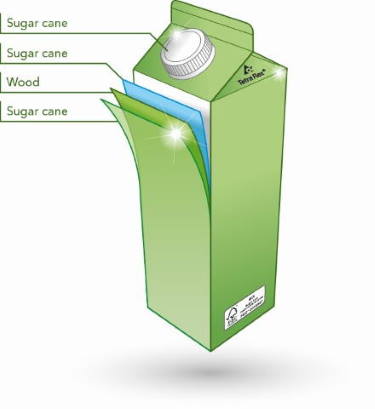 EcoOptimism’s take: The fruit of the banana tree makes up just 12% of the plant and the rest is waste – or maybe now a byproduct to be made into a bioplastic. One has to cynically wonder, though, what happens if banana blight ruins the Cavendish banana crop.

And juice from the cactus as well:

From Fast Company:
June 20, 2019
“This new biodegradable plastic is made from cactus”

EcoOptimism’s take: While it’s fun to picture cactus farms, this plastic, unlike some others mentioned here, does use the edible (drinkable, that is) part of the cactus. That BBC video, by the way can be found here.

From New Atlas:
April 7, 2020
“Another possible use for coffee grounds: Biodegradable plastic’

EcoOptimism’s take: I know there’s a pun in there somewhere, but I’m not caffeinated enough to think of one. 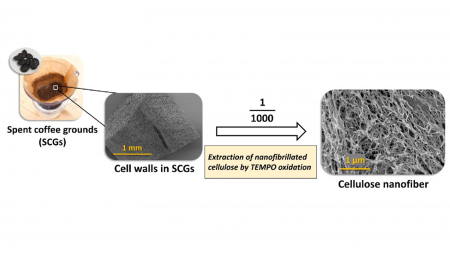 From Vice:
July 30, 2019
“A Filipino Scientist Made Bioplastic Out Of Mango And Seaweed”

EcoOptimism’s take: Somehow, this article starts out by talking about tardigrades, which immediately caught my attention even though they seem to have nothing to do with the topic.

From Intelligent Living:
June 5, 2019
“Here’s A Truly Biodegradable Algae-based Bioplastic You Can Make At Home!no Scientist Made Bioplastic Out Of Mango And Seaweed”

EcoOptimism’s take: DO try this at home. And the hues come from fruits and vegetables.

Most plastics contain a polymer plasticizer (usually made from petroleum, often toxic) and a dye (usually synthetic). This one’s polymer is algae, the plasticizer is water and the dyes come from fruits and vegetables. 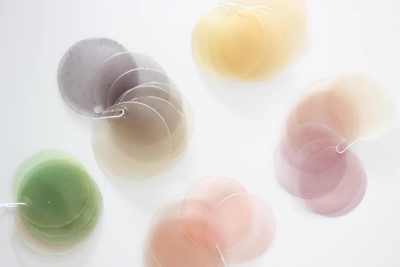 From Fast Company:
Feb 10, 2020
“This biodegradable bioplastic sucks carbon from the air”

EcoOptimism’s take: This one takes us past the category of just avoiding petroleum-based plastics and into the topic of regenerative design: designs that not only “do less harm” but repair the damage the same time. 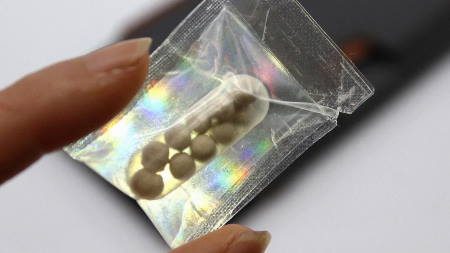 EcoOptimism’s take: Also in the category of bioplastics that go beyond just being more environmentally preferable than conventional plastics, this one can help with the major issue of food waste – alerting us when that stuff in the far reaches of the refrigerator needs to be consumed – or thrown out.

Believe it or not, there are bioplastics that didn’t make the cut here. But did you really want me to make this post even longer?

1 thought on “The Return of Bioplastics”