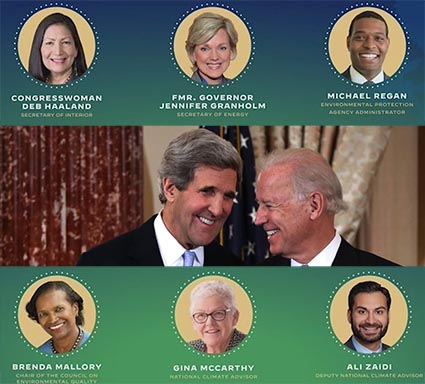 U.S. Secretary of State John Kerry is sworn in by Vice President Joseph Biden as Kerry’s wife Teresa Heinz holds a bible during a ceremonial swearing in at the State Department February 6, 2013 in Washington, DC. Kerry was officially sworn in as the 68th Secretary of State succeeding Hillary Clinton on February 1 at the U.S. Capitol.