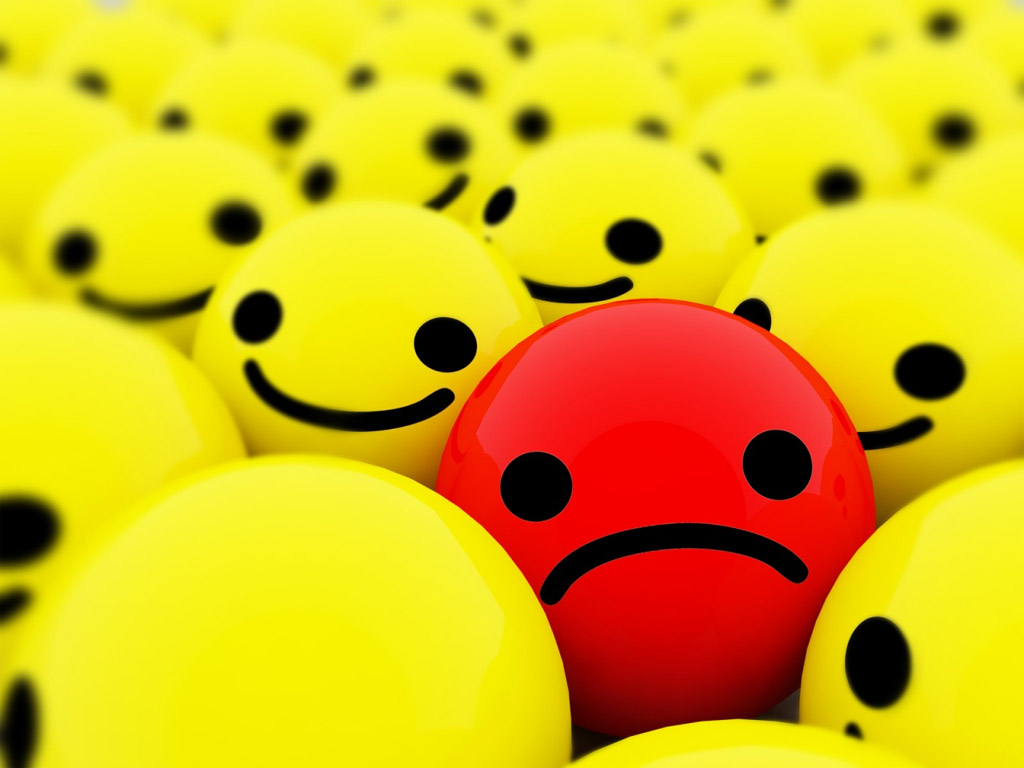 According to New York Magazine and economist Robert Gordon, the good times are over. Forever. In “The Blip,” we learn that the dramatic and unprecedented improvements to our standard of living over the last 250 years or so are a historical aberration. Over the span of the Industrial Revolution, following all of previous human existence in which, relatively speaking, nothing much changed, “human well-being accelerated at a rate that hardly could have been contemplated before.” Plumbing, electricity, medicine, cars, planes, telephones, computers changed almost everything and the result was an era of economic growth that altered civilization to a degree, the article says, we won’t ever see again.

Gordon believes “we can no longer expect to double our standard of living in one generation” as occurred in recent times, and “the rate of improvement [going forward] will be no faster than it was in the dark ages.” The significance of inventions and the resulting growth in productivity cannot possibly continue.

Here at EcoOptimism, I think it’s fair to anoint Gordon the EcoPessimist.

The thing is: Gordon is right. In fact the data already tell us this is happening.  Many have lamented that this is the first time in recent history that current younger generations cannot expect their standard of living to be better than their parents’. Stories of grown unemployed or under-employed children returning to the parents’ empty nests abound, and the inexorable rise of the cost of college education seems set to pave the way for the trend to continue.

Environmental economics predicts this, too: you can’t have infinite growth on a finite planet.

But here’s the other thing: Gordon is also wrong and, depending on how we define growth, so is the previous sentence. Actually, it more specifically depends on how we define standard of living and quality of life. As EcoOptimism and many others have noted, the conventional definition has been based on GDP, which is a deeply flawed measure of economic growth and even more deeply flawed as a measure of quality of life. In fact, it was never intended to be used for this purpose (it was developed as a gauge of wartime production in WWII) and it’s been criticized for almost half a century, going back to a speech by Robert F. Kennedy. Once a basic living standard has been reached – in the case of the US, this occurred in the mid-twentieth century — increases in GDP no longer signal increased well-being. In fact, it begins to work in reverse. Indicators show that quality of life in the western world has gone down since then, even while GDP continued to grow. 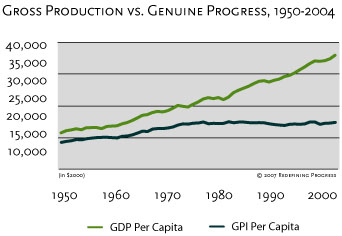 This would seem, at first, to bolster Gordon’s pessimism. Not only is GDP destined to remain low – perhaps zero – but our well-being is diminishing even faster. We’re on the downside of “the blip” and “it would be crazy to expect something on the scale of the … industrial revolution to ever take place again.”

OK, but what if something else could follow? Could we have a different kind of revolution – a Human Revolution – in which inventions, developments and policies focused not on improving production and consumption, but on the human qualities of our lives: our self-development, our relationships, our contributions. In the western world, generally, people are housed and fed and live in relative comfort amid a plethora of material goods. We don’t need bigger houses and cars or more meat or more choices of deodorant and televisions. Instead, we need those “things” or, more accurately, lifestyles that will let us – encourage us – to interact with and enjoy each other and ourselves. Quality time as opposed to productive time.

A core part of achieving this is getting off the “hedonic treadmill,” the cycle of working more to buy more within an economic system that falters if we don’t consume enough. The answer is buying less, at least materially, and instead consuming in ways that truly better our lives. Consuming things that aren’t in fact material things, like entertainment or vacations or continuing education.

So that’s how Gordon can be both right and wrong. We can’t have continued growth, economically or materially, as we’re used to defining it. But that’s not at all the same thing as saying we can’t continue to improve the quality of our lives. (And I’m talking here about people in both the rich and poor parts of the world.)

For material and environmental reasons, we can’t have another industrial revolution. But we also don’t need or want one. Yes, there are still people lacking some very fundamental needs like food, shelter and water, not to mention health and education. But we have smarter ways to provide access to those, without expanding and repeating the mistakes of the sometimes crude ways we here achieved them. We need the next revolution, let’s call it the Human Revolution, in which the quality of our lives, beyond survival and beyond comfort, is addressed. Eudaimonic pleasure versus hedonic pleasure. Flourishing versus sustaining.

Gordon says “we need innovations that are eight times as important as those we had before” in order to maintain a growth rate similar to that of the last couple of centuries. Again, right and wrong. We need innovations that are of a different nature from the material-based inventions we’ve grown to expect, courtesy of Moore’s law, every few years. Those innovations have the potential to alter, to improve, our lives at least as much as indoor plumbing and refrigerators did, but in ways that are less material (that’s a good thing both socially and environmentally) and will supersede and surpass the goals of the American Dream (as if others can’t partake in that dream).

Gordon doesn’t deal much with environmental questions. His bleakness, his EcoPessimism, is based on the not incorrect observation that the Industrial Revolution has probably run its course, and therefore we can never have the same expectations of growth as did the past few generations.  Environmentalists would add that the Industrial Revolution, based as it is on an economy of consumption, can’t continue also because we are running out of materials and fuel and creating a climate that will be unconducive to survival, let alone growth.

These viewpoints are consistent with each other and with the prevailing pessimism that says life in the near future will involve sacrifice, for economic or environmental reasons or both, and a diminishment of our quality of life.

EcoOptimism rejects this and says we can simultaneously and symbiotically solve our economic and ecological problems — AND improve the quality of our lives. One revolution, one era, replaces another.

1 thought on “Countering the EcoPessimist”