2017 Set a Record for Losses from Natural Disasters. It Could Get Worse

And the “Bomb Cyclone” wasn’t even in 2017, so we’re off to an inauspicious start. But there’s optimism here …. 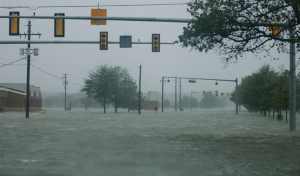 EcoOptimism’s take: On the face of it, this doesn’t sound like an EcoOptimistic post, but it in fact emphasizes the economic incentive to mitigating and adapting to climate change. Insurance companies – especially reinsurers, the ones who insure the insurance companies – have been concerned with this for a while. The Times article references Munich Re, but Swiss Re has also studied the potential costs of covering insurance losses due to climate change and has been ringing alarm bells.

Arguably, since politicians (American, that is) aren’t onboard, it may be the business world that spurs, finally, US action. Ironically, politicians cling to the belief that environmental action is bad for business.

And if the business case for climate action doesn’t work, maybe the military case can…

EcoOptimism’s take: The US military is a surprisingly staunch advocate for adaptation to climate change. Though Trump ridiculed Obama for saying so, climate change is a national security threat that could both create or exacerbate geopolitical and affect military readiness. This post, though, emphasizes the potential direct cost of climate change. As a military policy, it might even have Trump’s ear and bring him to his senses. But maybe that’s my EcoOptimism speaking.

China is going to stop accepting plastic for recycling, so… 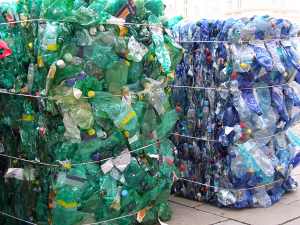 EcoOptimism’s take: So China’s going to stop taking the world’s plastic waste for recycling. That problem, though, creates the impetus for better recycling, plastics that are more recyclable, and/or plastics bans here and elsewhere. And, of course, to stop shipping our problems elsewhere.

A new twist to “Read My Lips” and taxes… 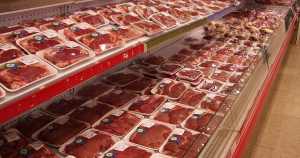 EcoOptimism’s take: : Taxes are bad, right? Not if they discourage consumption of things that aren’t good for us or the environment – and meat is both. Think about, for instance, taxes on cigarettes or alcohol. Or sugary drinks, as is catching on in some places. (Though NYC’s proposed tax didn’t survive a lawsuit. On the other hand, the city’s proposal for congestion pricing which, arguably, is a tax, is getting some traction after a false start.)

Now if we can only institute carbon taxes. Or if not that, maybe at least an increase in the decades old gasoline tax, which has been 18.4 cents since 1993. That means it’s actually decreased significantly due to inflation.

But taxes are bad, right?