If you’re into economics (and, after all, who isn’t?), you probably see economic theory as divided into two camps, supply-side and Keynesian, that roughly coincide with Conservatives/Republicans and Democrats. Supply-side economics became better known as trickle-down economics while Keynesian economics is grouped with neoclassical economics.

But never mind all that. If you were reading closely (and not already bored by this slew of terminology), you may have noticed that Liberals or Progressives were not represented above. That’s because, in the eyes of many lefties, neither of those economic camps has it right. In short, both schools ignore nature and therefore are fundamentally wrong about how the world – and the economy that is a subset of it – works. They deal instead in an artificial idea of economics in which humanity essentially lives in a vacuum.

No, that’s not quite right either. If we somehow actually did live in a vacuum, we’d have to provide everything on our own. There’d be no oxygen or water or coal or, well, anything. But we don’t and can’t exist in a vacuum. Instead, we draw upon nature for everything we make or consume. 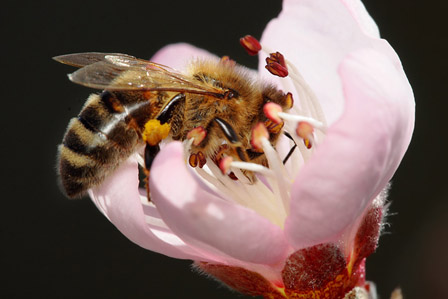 What if bees charged for pollinating?

The problem is that conventional economics pretty much ignores that fact. It regards nature as free. We can take anything we want from it and we can dump anything left over into it. It’s the ultimate free lunch. And as fans of Robert Heinlein, Barry Commoner or Milton Friedman know, There Ain’t No Such Thing As A Free Lunch.

Conventional economics also regards nature as unlimited, at least in a theoretical sort of way. The thinking is that we’ll never run out of something because its price will increase as its availability diminishes and, as that price goes up, we’ll either use less or switch to alternatives.

But there are a lot of problems with this approach. An obvious one is that some things in nature, like oxygen or water, are irreplaceable. If we run out of those, or if they become exorbitantly expensive, it’s game over.

Yet we don’t really put prices on those things either. They’re “free as air.”  Which means we don’t know the true cost of things. (Riffing on Oscar Wilde, the authors of Natural Capitalism wrote “People now know the price of everything but the true cost of nothing.”)

We do put prices on everything we do. (Well, more or less. A lot of the most important things we do, like raising children or taking care of elderly parents, are considered to be outside the economy.) When nature does it though – when nature, for instance, grows a tree or makes oil – that doesn’t appear anywhere in our ledgers. Yet the benefits are ours for the taking.

The alternative goes by a few names. Perhaps the most widely used is ecological economics. I alluded to it in my facetiously titled post Planets Are People My Friends. The acknowledgement that conventional economics has this fundamental flaw goes back quite some time, but has only started to gain wider recognition more recently. Sometimes on the fringes: the True Cost Economics Manifesto, with strident, almost revolutionary language, seems to have appeared around 2005. (The original website is gone, but the manifesto is reposted at Adbusters, among other places.)

But more recently, perhaps as some of the signers of that manifesto graduated into the “real” world, the fringe has moved inward, with a widespread understanding that the Earth’s “commons” (its air and water and other resources) are not a fee-free dumping ground.

It’s not just a matter of calculating and finding a way to charge the “true costs” of the things we make and do. It becomes part of a larger understanding, in some ways a philosophy, of both the economy’s and humanity’s purposes. In the blog Common Dreams: Building Progressive Community, economist David Korten asks “What Would a Down-to-Earth Economy Look Like? How did we end up with Wall Street when models for a healthy economy are all around us?” He comes up with this comparison of nature’s economy vs Wall Street’s:

Korten writes: “With proper care and respect, Earth can provide a high quality of life for all people in perpetuity. Yet we devastate productive lands and waters for a quick profit, a few temporary jobs, or a one-time resource fix.”

Over at the Center for Steady State Economics, Rob Dietz (co-author of Enough Is Enough, which I reviewed here) has a two-part post “The Rise of Fantasy as the Basis for Economic Policy” and “Restoring Science as the Basis for Economic Policy.” There are, he says, two camps of economic thinking, Fantasy Camp and Science Camp, and you can easily guess which one he falls into.

At Fantasy Camp, the counselors educate campers to believe that humanity can circumvent natural limits. Campers are taught that our unstoppable ingenuity can overcome any resource shortages or manage any amount of waste generation. There’s a strong undercurrent of consumption — a desire to accumulate ever more power and stuff in an attempt to gain complete control over life (and even death).

(My take on this was probably decided many years ago when my parents sent me to – literally – a science camp. Unfortunately, it was long before geeks were cool. But I digress.)

In EcoOptimism parlance, Wall Street’s economy is based on “win” only and the hell with everything else, while Nature’s is win-win-win. In other words, the one per cent vs 100%.