I go on at times about the significance of the precautionary principle, the idea that “if an action or policy has a suspected risk of causing harm to the public or to the environment, in the absence of scientific consensus that the action or policy is harmful, the burden of proof that it is not harmful falls on those taking an act.”

Here in the U.S., regulations tend to work strongly in the opposite direction in a sort of innocent-until-proven-guilty approach to things like synthetic chemicals. This means we can be subjected to substances that are suspected of being dangerous to our health or to the environment up until the point (and perhaps after) they are proved dangerous.

What a disappointment, then, that in the face of the potentially disastrous bee colony collapse disorder, and mounting evidence that neonicotinoid pesticides are a major part of the cause, Britain along with Germany and Spain are pushing to defeat a ban. 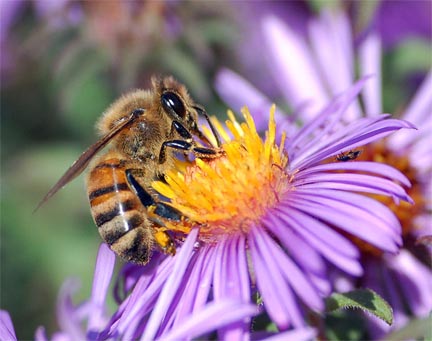 Bees have a crucial role, far beyond their occasional annoying habit of stinging us when provoked. They are the great pollinators, without which many types of agriculture would be close to impossible. A true die-off of pollinating bees could trigger a food disaster. (This is just one example of the free services provided to us by nature; services that we tend to destroy without understanding the costs or ramifications.)

This ties together two fundamental concepts of environmentalism: the precautionary principle and the valuation of nature’s services. Neither one receives nearly the amount of attention deserved. Ignorance of either one of these, let alone both, paves the way for catastrophically bad decisions.