In the aftermath of 9/11, at a gathering I attended here in New York City, a participant said she didn’t want to hear about the opportunities in the face of the disaster, that it was emotionally just wrong and, though she didn’t use those words, “too soon.”

Of course, she was right in that moment. But in the longer run, disasters can indeed represent opportunities, especially in avoiding or mitigating future ones. While it may still be considered too early to look at Harvey, Irma and Maria in this regard (as EPA Administrator Scott Pruitt, in dismissing climate change as a factor, has made a point of saying), Japan’s 2011 earthquake and NYC’s Superstorm Sandy are far enough behind us that we can look more objectively. One of the things we can specifically address is making the electrical grid more resilient.

From Yale Environment 360:
September 12, 2017
Rebuilding from 2011 Earthquake, Japanese Towns Choose to Go Off the Grid 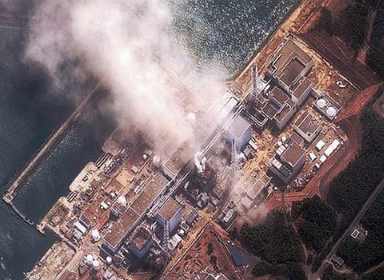 EcoOptimism’s take: In the NYC blackout caused by Superstorm Sandy, virtually everything below 34th Street, including our Lower East Side neighborhood, went dark for days. NYU’s campus at Washington Square Park was the exception. A recently installed co-generation plant kicked in, allowing the campus to separate from the ConEd grid so that power there remained on. NYU opened its doors so that not just students, but also the nearby community could at least charge their cellphones… 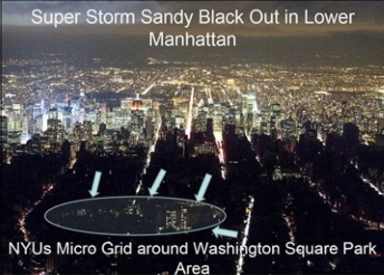 EcoOptimism’s take: “Microgrids” are becoming a mainstay of resilience, so that when a disaster occurs or something goes wrong in the power grid, that one event doesn’t take down entire regions. Hoboken, NJ is putting this into application…

From CityLab:
To Stormproof Hoboken, a Microgrid
August 24, 2016

EcoOptimism’s take: Microgrids, by definition, are subsets within the national or regional grid. They can be defined by an area as small as a few blocks or larger – perhaps a mid-size city like Hoboken.

And they can serve multiple purposes: 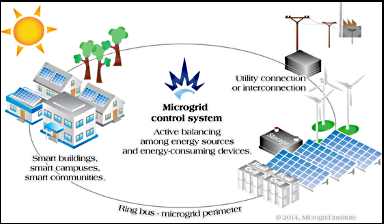 EcoOptimism’s take: Microgrids also enable locally generated power such as solar or wind to better co-exist with the larger grid. In doing this, they not only enhance resilience, but overcome the dubious objection quoted by some that these renewable energy sources endanger the nation’s aging power grid.

And:
From RMI (Rocky Mountain Institute):
Rebuilding the Caribbean for a Resilient and Renewable Future
September 22, 2017 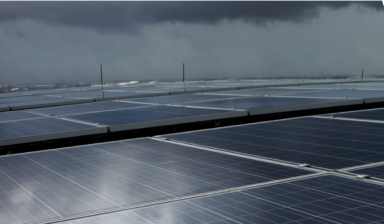 EcoOptimism’s take: In the face of disasters, this makes the combination of microgrids and renewable energy one of those win-win-win solutions that EcoOptimism is so fond of.