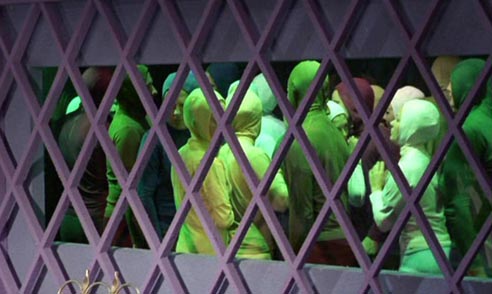 Overpopulation in the future? (Image from Star Trek)

In a commercial for Doritos some years back, the consumption-encouraging slogan was “Eat all you want; we’ll make more.”* That guilt free line, with some minor alteration up front, could also be the subtitle for Erle C. Ellis’s New York Times Op-Ed “Overpopulation Is Not the Problem.” Basically he says we can have as many people on the planet as we want because we’ll always find ways to make more food.

Sounds like music to the ears of an EcoOptimist, or at least an optimist: evidence that centuries of fears of overpopulation have been wrong and the idea of a “carrying capacity” is irrelevant. Problem is it’s neither correct nor an example of EcoOptimism.

In a previous post, I refuted an EcoPessimist. Now I need to refute a false optimist.

Since the end of the 18th century, when Malthus wrote An Essay on the Principle of Population, there’s been controversy regarding the concept of “carrying capacity,” or the maximum population that an ecosystem (or the planet as a whole) can support indefinitely. Carrying capacity can refer to any species, but what we’re usually talking about is humanity – how many people the planet can support.

Malthus and his followers concluded that, largely because the Earth is a finite system, there are only so many people who can be fed by its resources. The 1972 book The Limits to Growth expanded upon this and predicted, as population and consumption grew, we’d run out of other necessary resources as well as food.

When the estimated dates passed without the shortages and human calamities the authors described, opponents claimed that it proved the concepts of finite resources and carrying capacity were wrong. Economists had an economic explanation – that scarcity would drive up prices which would, in turn, create demand for more expensive or alternative sources. This is, in fact, what is happening with fossil fuels; “unconventional” fuels like tar sands used to be too expensive but now are becoming viable as cheaper sources of oil run out. The problematic assumption here is that there will always be interchangeable alternatives. Some resources are simply not replaceable. Try living without oxygen or water.

Other opponents had a different take. Scientific and technological advances, they said (and still say), will continue to bring us new solutions which will allow us to increase efficiency as well as find alternatives. Natural resources may be finite, but that doesn’t matter because our intelligence will always yield new ways around those limits.

This in short is Ellis’ thesis. “There really is no such thing as a human carrying capacity,” he writes.

The idea that humans must live within the natural environmental limits of our planet denies the realities of our entire history, and most likely the future…. We transform ecosystems to sustain ourselves. This is what we do and have always done. Our planet’s human-carrying capacity emerges from the capabilities of our social systems and our technologies more than from any environmental limits.

This inherently optimistic and appealing view has, though, a couple of fatal flaws. It is based on a “don’t worry, be happy” attitude that technology will always come to the rescue. While it’s true that human history has largely been one of advances leading to immense growths of population (as well as living standards), it’s a huge leap to assume that, unlike natural resources, our potential to think our way out of problems is limitless. Yes, technology has in the past changed the planet’s carrying capacity for humans (provided, that is, we ignore the long and continuing history of famines and overcrowding). Banking our future on this, however, is a form of blind faith. 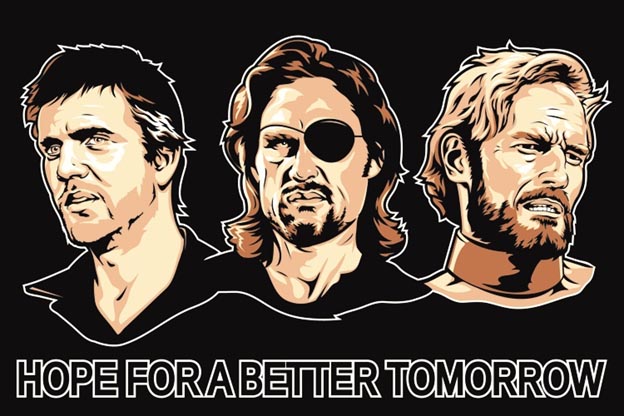 But let’s take that leap and suppose that technology will always come to the rescue and provide ways to ever increase the amount of food we can eke out of the planet. Food is not the only limit on human population growth. The technologies that comprise modern industrial food production, and that have allowed us (or perhaps encouraged us) to increase the human population from 1 billion to 7 billion in little more than 2 ½ centuries, demand vast amounts of not just land, but other finite resources, most notably fossil fuels for energy, fertilizers and pesticides, along with fresh water. (Let’s leave the highly debated question of whether organic agriculture can feed us to another post.) Sure we’ve figured out how to make land more productive, but it’s involved adding a lot of additional energy and resources. Plus there are the crucial issues of pollution from the runoff of those fertilizers and pesticides, and soil degradation from intense monocropping.

And then there’s the not-so-small point that Ellis’ entire outlook concerns only human carrying capacity, not the ability of any of the other billions of species on the planet to survive. This isn’t just an altruistic concern; many of those species are essential to the functioning of ecosystems – the same ecosystems that enable human survival. Even in this newly-crowned Anthropocene Age, it’s not just about us. We may have the unique ability to alter the planet, to “transform ecosystems to sustain ourselves,” but that doesn’t mean we have either the right to do so for our sole benefit or the intelligence to do so with enough foresight.

Ellis’s rationale is both hubristic and dangerous. He’s betting that an historic pattern will continue, without acknowledging that the game has changed so the pattern no longer applies. A strong competing view says that the Industrial Revolution and the agricultural revolution that resulted from it were a once-in-a-species-lifetime event, enabled by a world that had a combination of relatively few people and plentiful, easily accessible resources. Neither of those conditions exists anymore and the latter will not happen again in any conceivable human future.

It’s not that we, the anthros of the Antropocene, are powerless. We have the ability to alter both the planet’s path and our own. On that, we agree. Is he advocating, though, that we should continue increasing the human population because, well, we’ll always have the ability to innovate and “make more” so it’ll all work out?

That’s an incredibly huge gamble and, furthermore, begs the question: why should we take it? Even if he’s correct in his wildly unsubstantiated claim that “There is no need to use any more land to sustain humanity — increasing land productivity using existing technologies can boost global supplies and even leave more land for nature,” why would we want to continue to increase the population? What’s the upside? Wouldn’t it be much wiser and more beneficial to not go down that questionable road and, instead, apply our unique innovating abilities to ensuring that future generations can not only exist, but be better off?

Overpopulation may not be the problem, but it certainly is a part of the problem. The famous (in some circles, anyway) equation I=P*A*T states that environmental impact is a function of the population times the amount and types of things people consume. What we have now is a rapidly growing population with a rapidly growing per capita consumption rate. Whether or not the planet’s ecosystems can sustain the exponentially increasing levels of environmental impact we are inflicting on it – and I can’t believe Ellis would say they can – diminishing that impact has to be a good thing. Maybe, maybe we can manage to figure out ways to feed everyone, but what about all the additional demands that accompany a larger and more affluent species.

If we extrapolate from history as Ellis claims we can, it’s obvious that the demand for “stuff,” whether it be basic food and housing or designer jeans and the latest electronic gizmo, is increasing at least as fast as the number of people demanding that stuff. How that can possibly be construed as anything sustainable or “not the problem” is incomprehensible. The two-fold solution involves reducing both consumption and population growth, resulting in a wholly desirable scenario that, as EcoOptimism espouses, leaves us all better off and happier.

As with the Doritos line, Ellis says we’ll just “make more.”  He’s almost certainly wrong — we can’t continue infinitely to make more, no matter how imaginative and innovative we are – but moreover, making more is the wrong response. It’s not the route to “creating a planet that future generations will be proud of.” We need to make better – better things, better food, better education, leading to better people — not more.

* Fact checking this slogan, it appears that it may have been “crunch all you want”, not “eat,” but hordes of people including me remember it as “Go ahead. Eat all you want. We’ll make more.”