We can all use some positive news these days, especially on the environmental front in which science is considered political opinion, denial is an alternative fact and the word “protection” in the Environmental Protection Agency’s name is a cynical leftover from its original mission. And while I don’t want to gloss over the issues – there isn’t enough paint in the world to do that – I offer here The Distillery, a weekly (or thereabouts) selection of posts to help offset the PTSD of our current nightmare.

Yeah, we’ve all heard about the UN IPCC report that gives us 12 years to get our shit together. And then we got that surprisingly frank White House “National Climate Assessment” that, despite the Trump regime’s best efforts to bury it, made headlines. Plus, of course, there was devastating evidence of climate change already rearing its head in the form of a sometimes record-breaking series of hurricanes and typhoons.

But fortunately for the holidays – and perhaps for our sanity and our therapy sessions – we can snag some happier news. So I started compiling EcoOptimistic articles a few months ago, though some of it is from earlier in the year, when I realized that, now more than ever, we need to counterbalance the daily litany of the-end-is-nigh headlines.

It’s not that I don’t believe those headlines. Rather, it’s that I won’t give in to the fatalism of them. Many of us, sometimes  – OK, often – including me, feel the despair coupled with the frustration and anger at those who avert their eyes, who won’t listen to fact or reason, who pursue blind self-interest, or who rationalize it in desperate ways. (No, it won’t cost jobs.) But letting them rule the news is infuriating and letting them determine our future is unacceptable.

“The Rare Environmental Victories of 2018”

EcoOptimism’s take: The headline, I think, is self-explanatory. 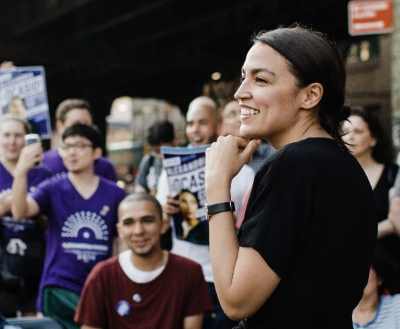 Perhaps one of the most (eco)optimistic events of the year was the surprise election of Alexandria Ocasio-Cortez to the House of Representatives. Her “Green New Deal,” which combines environmental issues with job issues, is creating a politically appealing scenario that’s garnering more and more support with both local officials and voters.

And combined with this poll, perhaps the political “climate” may have turned a corner. 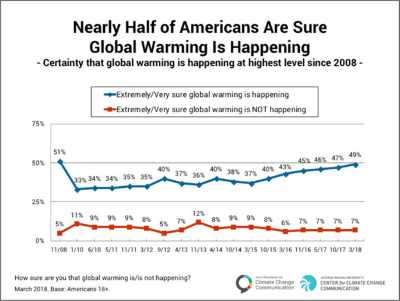 “The Energy 202: Why 2020 candidates will be talking a lot more about climate change”

And then there’s this:

“Environment, Jaffa Cakes and Kylie Jenner star in statistics of the year”

EcoOptimism’s take: Um, OK. Not entirely sure what to make of this, but nevermind.

While it’s a bit cliché to refer to the younger generation taking the reins, there has been some notable news on that front, too. The suit by a group of teenagers against the federal government is continues to move forward despite the administration’s efforts to get it thrown out of court. A Swedish 15-year-old made headlines at the recent UN climate change conference, lecturing the officials, “You are not mature enough to tell it like it is.”

I’ve mentioned before that Teen Vogue has been consistently taking up environmental topics, most recently taking up the issue of ocean plastics here and here. (See more on that topic below.)

RENEWABLE ENERGY IS COMPETITIVE WITH – AND SOMETIMES CHEAPER THAN – FOSSIL FUELS…

One of the first items in that Earther post above notes the falling prices of renewable energy. “Beautiful, clean coal” is not cutting it financially despite the administration’s best efforts. And there are some significant milestones accompanying it. It’s been happening all year, not just in the last few months.

“Solar Just Hit a Record Low Price In the U.S.” 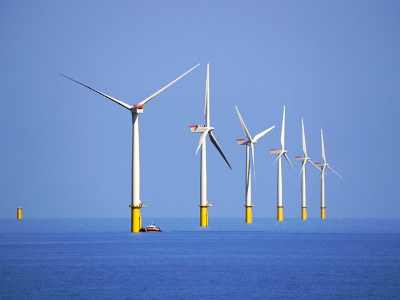 We’re seeing some of the results

AND RENEWABLE ENERGY GOALS ARE BEING MET AHEAD OF SCHEDULE…

“California Is Way Ahead of Schedule for Cutting Greenhouse Gas Emissions”

EcoOptimism’s take: Yes, we may need our rose-colored glasses here, but it’s evidence of – don’t get too choked up here – “yes, we can.”

SINGLE-USE PLASTICS ARE IN THE CROSSHAIRS…

Spurred by a graphic and very disturbing video of a turtle having a plastic straw removed from its nose, the nascent movement to regulate or ban SUPs got a jump start. EcoOptimism has been charting the international movement.

Along with bans have come alternatives. We’re not talking about bioplastics, which while interesting have their own issues, but about reducing or replacing demand.

“Carlsberg to replace plastic ring can holders with recyclable glue”

EcoOptimism’s take: We know Brett Kavanaugh “likes beer,” though probably not for this reason.

The subtitle of this blog is “Finding the Future We Want.” A great example of that is “turning lemons into lemonade.”

“Where does your recycled plastic go? Perhaps into future highways.”

EcoOptimism’s take: There isn’t a much bigger lemon than all that plastic waste and, while we may have mixed feelings about roads (unless they’re for non-fossil-fueled vehicles and don’t encourage more sprawl), here’s some lemonade. 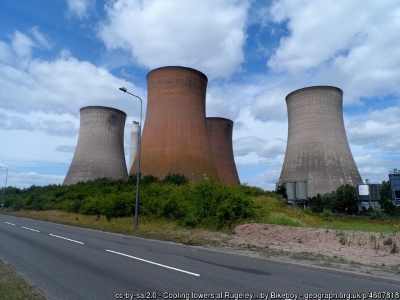 EcoOptimism’s take: Re-use of decommissioned power plants may be emblematic of the possibilities, making this a good story to end on.