I’ve written posts like this at the end of the last few years. I’ve even copied the title from the previous versions. (What? You expect originality from a professor who’s bleary eyed from grading papers at the end of the semester?) It’s difficult to be the EcoOptimist these days when there is so much news on the negative side. I won’t – and you probably don’t need me to – start enumerating it. And I’d be violating my self-anointed title and role.

So, instead I’m focusing here on some of the more positive news – news that perhaps will help motivate us for the coming year. Here’s a selection.

I have a post in the works, btw, on how unexpected types of legal actions, here and elsewhere, are having an impact. I’ll try to make use of the holiday downtime to finish that one. Meanwhile…

from Gizmodo
December 15, 2021
Microbes May Be Evolving to Eat Plastic:
The latest research findings from our dystopian present

EcoOptimism’s Take: From my favorite environmental-blog-that-isn’t-an-environmental-blog, comes this news about the tiny organisms that may eat our way out of our century of plastics. There have been other reports of forms of life with a diet of plastics, but this sounds like a hopeful step.

There’s a bit of SciFi dystopianism here in that the study says these microbes didn’t just naturally have this appetite – they’re evolving that way.

“We found multiple lines of evidence supporting the fact that the global microbiome’s plastic-degrading potential correlates strongly with measurements of environmental plastic pollution — a significant demonstration of how the environment is responding to the pressures we are placing on it,” according to Prof Aleksej Zelezniak at Chalmers University of Technology

In other words, our environmental failings have altered the DNA of bacteria.  Dunno about you, but I find that a bit scary.

Putting my Jurassic Park paranoia aside, the downside here, and it shouldn’t outweigh the positive, is that, as the article mentions, this does not mitigate the issue; it doesn’t help stop the problem from occurring. It merely deals with what we already have and what will still be produced. This is an unfortunate byproduct of well-intentioned ’solutions.’ It’s the problem with, for example, geoengineering. While it’s arguable that we have reached the point (pardon my non-ecooptimism) where we will need to do this to address the climate emergency, it doesn’t stop carbon emissions and, in fact, can worsen the problem by leading us to think that we don’t have to.

Still, I welcome the idea of providing sustenance to these – hopefully friendly – critters. Bear in mind that, given the amount of plastics out there for feasting upon, we might be welcoming our new microscopic neighbors everywhere.

And then there’s this different approach to remediating plastics using nature: 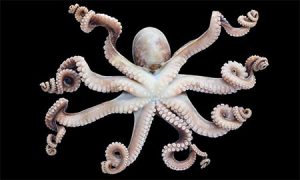 EcoOptimism’s Take: Biomimicry, design inspired by nature, gets us to some of the coolest ideas – things we mere humans, who have just a tidbit of the knowledge gained by nature over 3.8 billion years, could never come up with on our own. In this case, it’s a self-healing fiber that can reduce microfibers in the ocean, made from squid’s tentacles combined with genetic resequencing (arguably something nature has been doing all along in the form of evolution, or so it seems to this non-scientist). So addressing the problem of microfibers in the waters might come from creatures who live in that water.

Will squid become our next octopuses: creatures far smarter than we thought? 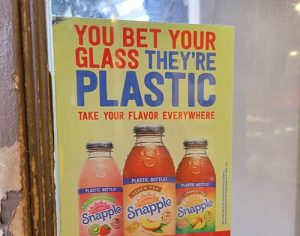 EcoOptimism’s Take: Does this have a chance in an intractably partisan Congress that can’t even accept the urgency of the climate crisis? And where any fee, even one that seems to be a capitalist laissez faire approach that internalizes those pesky externalities inherent in single-use plastics, is dead on arrival? Prove me wrong. Please. Don’t make me become an EcoRealist.

from Gizmodo
December 14, 2021
Dell’s Concept Luna Could Be the Future of Laptop Design 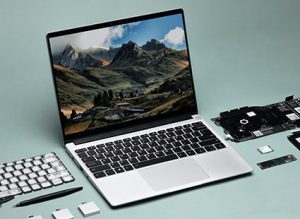 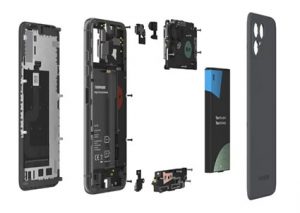 EcoOptimism’s Take: Right to repair laws have been all the rage (well, perhaps that’s an overstatement) this year. But to really make those work, products have to be repairable – and not have things like batteries and RAM soldered in as many Apple and other manufacturers do. That goes hand in hand with making electronics modular so that items like those as well as screens, keyboards and motherboards are removable and replaceable.

I recently had to buy a new laptop because one of the keys became stuck. The repair shop told me it would be too expensive to be worthwhile. (The laptop was just out of warranty, of course.) Similarly, on the previous laptop that caused me to purchase the one that then developed a hatred for the letter A, a cracked screen was not worth replacing. (It valiantly, if expensively, gave its life by breaking my fall when I fell backwards onto the backpack it was in.)

Modular electronics offer the hope of being both repairable and upgradeable, which help keep electronics from becoming ‘e-waste.’ Efforts to accomplish this date back to a student project at Stanford ‘s School of Design Thinking (as if other school’s design programs don’t include thinking!) quite a few years ago. And Motorola’s original modular phone, Project Ara, was a great idea, but never caught on. Its less adventurous successor, the Moto Z is still finding its feet.

But its concept has been replaced by Fairphone, which, unfortunately is not available in the US. Nor is their more recently released Framework modular laptop. (Crossing my fingers it will be more available when my current laptop decides to develop a small but insidious problem that defies economical repair.) But now, signaling the mass market potential, Dell is taking a shot at the idea. It’s a shame that my Dell with the malfunctioning keyboard came out a couple of years too early.

from NPR
December 14, 2021
The largest city in the U.S. bans natural gas in new buildings 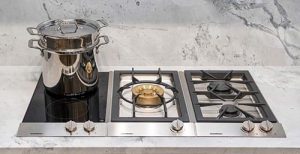 EcoOptimism’s Take: Banning gas appliances is a concept that took root, of course, in California. Those appliances, ranging from stoves to boilers and heat pumps, have both environmental and health issues. Their use emits carbon dioxide, which contributes to the fact that 40% of the country’s carbon emissions comes from buildings. (It’s even higher – 50% – in NYC because using public transportation instead of cars emits less carbon, and that means buildings are a higher percentage of the total.)

And from a health point of view, combustion gases in enclosed spaces like kitchens are also deadly for us humans, not merely bad for the atmosphere. They’re the reason we have carbon monoxide detectors in our homes.

Banning gas appliances in new buildings is a big deal. Many people still prefer gas stoves, though. Fortunately, induction cookers and electric ovens are darn good alternatives. They still require energy, but local emissions are reduced because the electricity needed comes from power plants which are usually located outside cities and are more efficient.

Here’s yet another way to look at it: energy efficiency. With a gas stove, you’re heating not just the food, but the area around the stove as well. Not so with an induction cooktop. It heats only the pot or pan. It’s also what makes it safer.

Now I just have to convince my chef client to forget the “now we’re cooking with gas” slogan, which originated as a natural gas industry campaign in the 1930s and that, unfortunately, implies doing a good job.

“Can we be optimistic?” has an implied negative tone to it. Wouldn’t it be great if I can change that title for my 2022 end of the year EcoOptimism post?