I’m a fan of robots – miniature or otherwise – as much as the next eco geek raised on science fiction (interspersed with a suitable amount of actual science). Though I haven’t bought a Roomba (our dog does a pretty good imitation of one, at least as far as edible dirt is concerned), I do show photos of a robotic lawnmower, solar powered of course, in some of my ecodesign classes. And I can sort of see the value in a silicon-based life form that cleans the crud off barbeque grills.

But this one, a small robotic cleaner for smartphones and tablets, nominated by EcoOptimist reader Wouter Ulburghs, defies any attempt at justification. While I’m intrigued by the idea of robot window cleaners for tall buildings and nanobots that eat dust (so long as they can differentiate dead skin from live and don’t lead to “gray goo” apocalypse), it’s not exactly a burden, as Ulburghs notes, to wipe the schmutz off your iPhone screen. 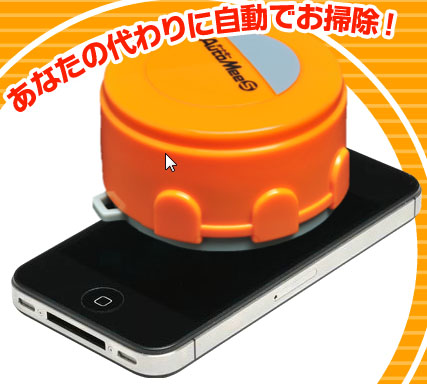 And while we’re at this, let’s take a moment to note how many of the Wrongest Product Award nominees originate from Japan, land of the Unuseless inventions.