I’ve been meaning to do a Distillery post on plastics for a while but, like plastics, the news has been accumulating faster than I can keep up with….

They barely existed until Leo Baekeland invented Bakelite in 1907. In the 60s, they were the future, at least according to the advice Dustin Hoffman was given in The Graduate. Now, of course they’re everywhere. Literally. This thoroughly unnatural human-made detritus has been found in the deepest trench in the ocean.

Plastics are no longer the future. But they’re definitely the past in the sense that all the petroleum-based plastic ever made is still here. And will be for a very long time since they break down excruciatingly slowly.

What’s so insidious about plastic is that it’s in virtually everything. So much so that we don’t even notice it anymore. And it’s perhaps the egregious example of take, make and waste, especially since we tend to use plastic – which essentially lasts forever – for things have only a fleeting life of usage. Consider take out containers. The food goes in and gets consumed, often in a matter of minutes, but then the plastic container may end up in a landfill for hundreds of years or more. Or it may end up in ocean garbage patches of unfathomable size, killing fish and animals that mistake it for food.

The newest topic in plastics is straws. They weren’t on anyone’s radar until now. Among all the other things around us made of plastic, they seem insignificant. But it turns out they aren’t and it just takes some simple visualization to get it.

We could say something like “if you put every straw end on end it would circle the Earth a million times.”  Never mind the actual number; it’s too abstract. Like the national debt, it’s so big that we can’t grasp it. It’s unrelatable. But make it something we can see, and everything changes.

But the Distillery and this blog are about positive “EcoOptimistic” news and topics. And on the topic of plastics, amidst all the bad news – indeed because of it, which qualifies it as “good news disguised as bad news” – there’s been a strong, almost startling, movement by governments and companies to address this scourge. In Facebook terms, it’s trending. So let’s look at the extent of this overdue but amazing trend.

As evidenced by these posts, the UK seems to be a leader in the movement to eliminate plastics. The “Together We Can” pact involves governments, businesses, local authorities, NGOs and citizens and is described as “is the only way to truly transform the UK’s plastics system.” 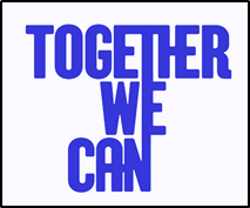 “UK could ban single-use plastics as early as next year”

“The Queen Declares War on Plastic”

That last one also touches on one of the topics “du jour” in plastics, straws, as do the following posts. The first is, again, from England, but the second is from Taiwan and the third lists a number of American cities. 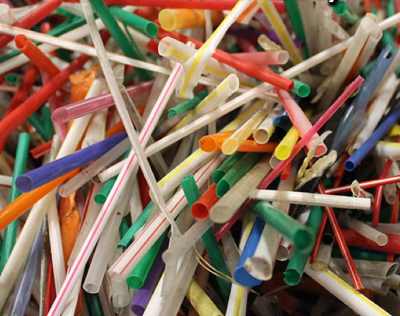 “Is the UK about to ban plastic straws?”

“Bans on Plastic Straws in Restaurants Expand to More Cities”

Grocery store packaging is also one of the biggest culprits: 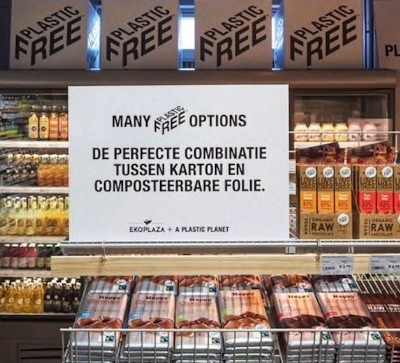 Amidst this, companies other than supermarkets are getting the message, too. McDonalds is trialing eliminating plastic straws in the UK. There have been many reports about this, but as perhaps a sign of its wide support, here’s one from – get this – Fox News.

McDonalds in the UK, however, is more enlightened than the mother ship here in the US, where the board of directors is fighting a stockholder initiative to get rid of plastic straws.

And then there’s the issue of plastic bags. They, too, have a fleeting useful life, usually less than an hour (unless you reuse them – and the dog-poop excuse doesn’t count). One stat says “Worldwide, a trillion single-use plastic bags are used each year, nearly 2 million each minute.”

Plastic bag bans have been instituted in various locations around the world, but of course the US is lagging behind. And also, of course, California led the charge last year by becoming the first state to ban them. An effort to curtail usage in NYC by charging five-cents per bag failed last year, but almost exactly a year later, Governor Cuomo is proposing an outright ban rather than a fee. Washington, DC’s five-cent charge imposed in 2010, it should be noted, is credited with reducing usage by 87%.

And the most comprehensive approach yet is from a tiny island it the South Pacific, known for its beaches and coral reefs – now being marred by plastic debris. 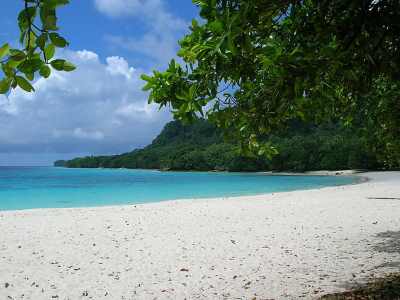 Upcoming soon in the Distillery: some EcoOptimistic solutions