The core of EcoOptimism is that, contrary to popular and political belief, we have solutions that can simultaneously address economic and ecological problems – and, what’s more, land us in a better place than we started. If you’re into biomimicry, think of these solutions as our attempts at symbiosis.

So when a couple of items lauding examples of symbiotic solutions landed here, it seemed more than appropriate to conjure an EcoOptimism post out of them. 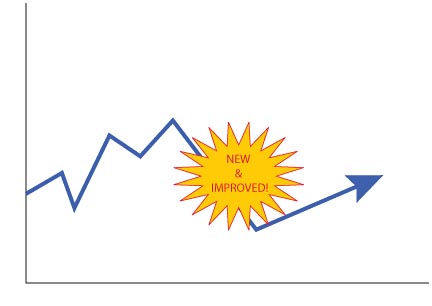 From The Nation, an article titled “It’s the New Economy, Stupid” explains “What many progressive advocates are calling a “new economy” framework emphasizes not just new jobs but also new policies that simultaneously create a fair economy, a clean environment and a strong democracy.” In the new economy, conventional production and consumption are rethought in favor of alternatives that result in goods rather than “bads,” satisfying jobs with futures, and lifestyles that allow us to flourish. 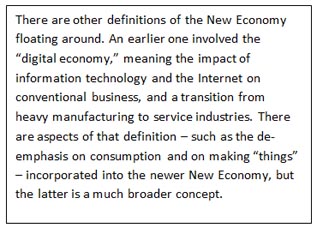 An example: that article in The Nation refers to a Tellus Institute study that concluded “the United States could create more than 2 million jobs by 2030 by transforming our waste management from incinerators and landfills to recycling and composting. Many of the jobs could shift from large private corporations to municipal unions. [T]his shift would tackle the environment, equity and racial justice all in one shot.” A no-brainer, no?

Another example arrived as an op-ed in The New York Times this week: In “Going Beyond Carbon Dioxide,” the authors address a serious roadblock in solving global warming: CO2 is persistent and reversing its impact is often compared to stopping a train or a cargo freighter. “[E]ven if we are able to [reduce CO2 emissions by as much as half by 2050] over the next 40 years, we would not slow the rate of warming enough by midcentury to moderate consequences like rising sea levels, the release of methane and carbon dioxide from melting arctic permafrost, and a rise in extreme weather.”

Pretty pessimistic stuff. But, they write, there is a viable short-term alternative:

We can slow this warming quickly by cutting emissions of four other climate pollutants: black carbon, a component of soot; methane, the main component of natural gas; lower-level ozone, a main ingredient of urban smog; and hydrofluorocarbons, or HFCs, which are used as coolants. They account for as much as 40 percent of current warming.

Unlike carbon dioxide, these pollutants are short-lived in the atmosphere. If we stop emitting them, they will disappear in a matter of weeks to a few decades. We have technologies to do this, and, in many cases, laws and institutions to support these cuts.

The article continues, pointing out both the feasibility of these actions and the very positive environmental results.  But then the authors go on to point out that, in addition to halving the rate of global warming, there are multiple other benefits such as preventing “an estimated two to four million deaths from air pollution and avoid[ing] billions of dollars of crop loss annually….Many of these actions would improve public health and crop yields in the countries making the reductions, and perhaps encourage them to go further.”

There is a risk, of course, in that pursuing this approach we might fool ourselves into rationalizing that we can avoid dealing with CO2, but that’s not a valid reason to skip what appears to be a clearly win-win program.

Why aren’t we already on these paths? The answer brings us back to the previous EcoOptimism post. As The Nation authors comment “For this movement to grow, it needs three things: a more compelling story of the new economy, more support for local pilot projects and strategic wins at the national level.  When it comes to building a narrative, a more attractive new-economy vision has to be constructed….” Which is the point I was making when I wrote in a recent post “Now we need to make [this vision] concrete and present it in a form people can relate to in order to convince an understandably skeptical populace.  This requires the merging of policy wonk-dom with the visioning and communicating designers can provide (with perhaps some added oomph from the PR and advertising worlds).”

So maybe I don’t really need to quote myself, particularly when there seems to be a growing clamor – and ample quotes from others — along the same lines. When the dust settles after the end of semester grading crunch, I hope to “relax” with a few more books including Gus Speth’s America the Possible: Manifesto for a New Economy and Alex Steffen’s Carbon Zero: Imagining Cities That Can Save the Planet. I’m hoping the backlog on my reading list represents a sort of critical mass portending the inevitability of a new economy.